Iraq is a country in southwestern Asia. The region was known as Mesopotamia or “Land Between the Rivers” in ancient times, and gave rise to some of the world’s earliest civilizations and later formed part of several imperial polities, including sundry Persian, Greek, Roman, and Muslim dynasties. The modern nation-state of Iraq dates back to 1920, and today the economy is based on oil and natural glass, with agriculture also playing a key role. Iraq is home to diverse ethnic groups, which together form a primarily Arab majority and Kurdish minority.

Recent political history includes periods of significant economic and military growth, as well as political and economic instability. Despite political hardships, literary and artistic pursuits flourish, especially in the capital city of Baghdad, where Western artistic traditions are juxtaposed with more traditional Middle Eastern forms of artistic expression such as poetry, painting, sculpture and other traditional arts and crafts.

Here at Village Goods, you may find examples of this artistic expression through candles set in hand-painted ceramics, or crocheted caravan camels. 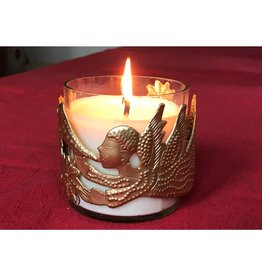 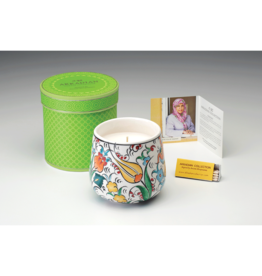 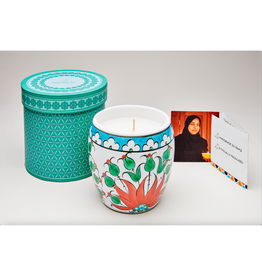